In 2013, Nike co-founder Phil Knight challenged the Oregon Health & Science Univertsity to raise $500 million in the fight against cancer. If OHSU could raise the money in two years Phil Knight would match that amount for a grand total of $1 billion towards cancer research.

So OHSU asked WK12.9 to help them build a campaign to raise $500 million in two years. This is the work from that campaign. 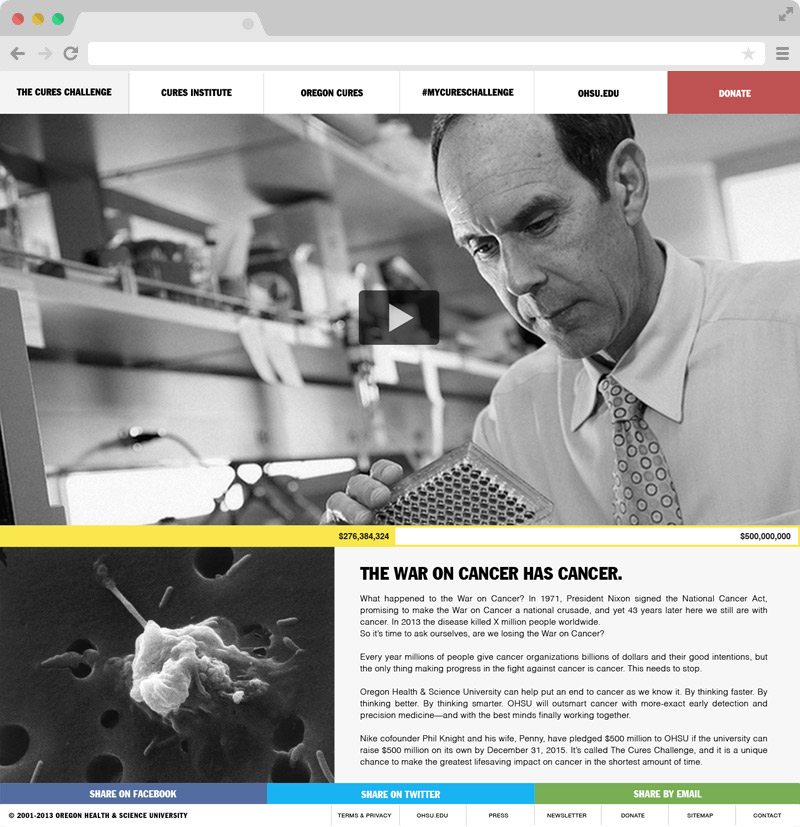 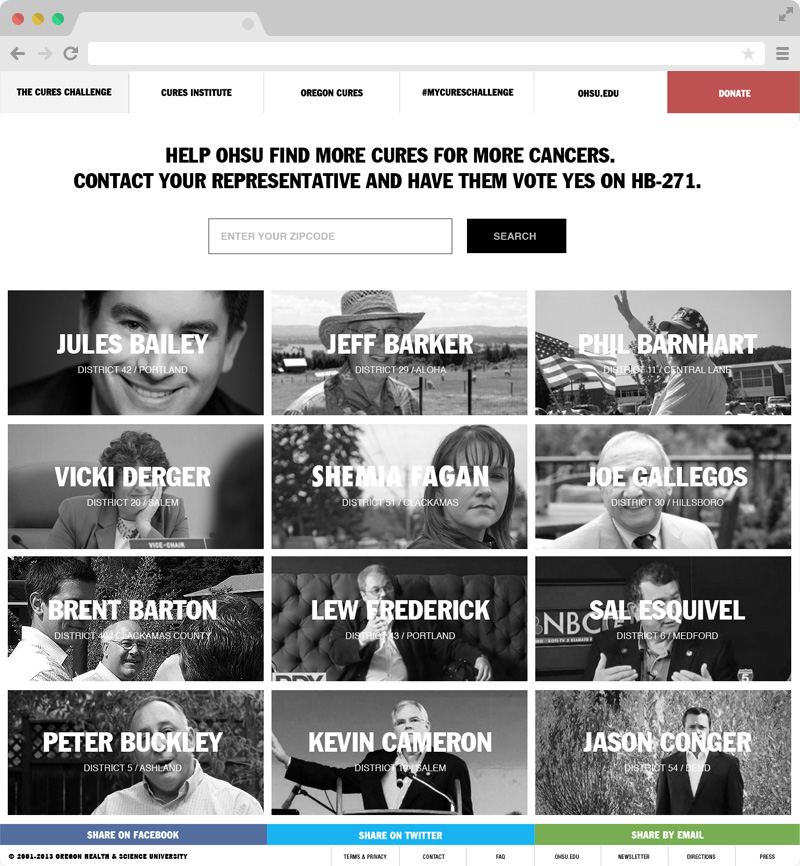 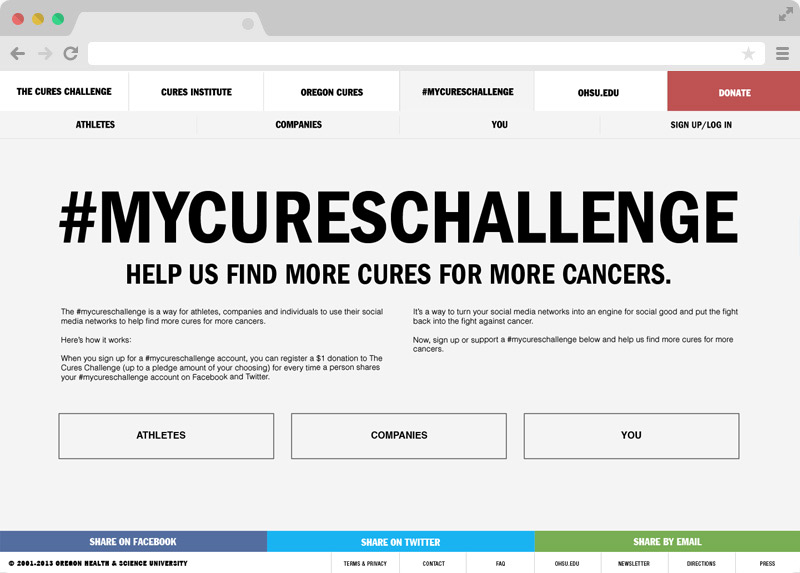 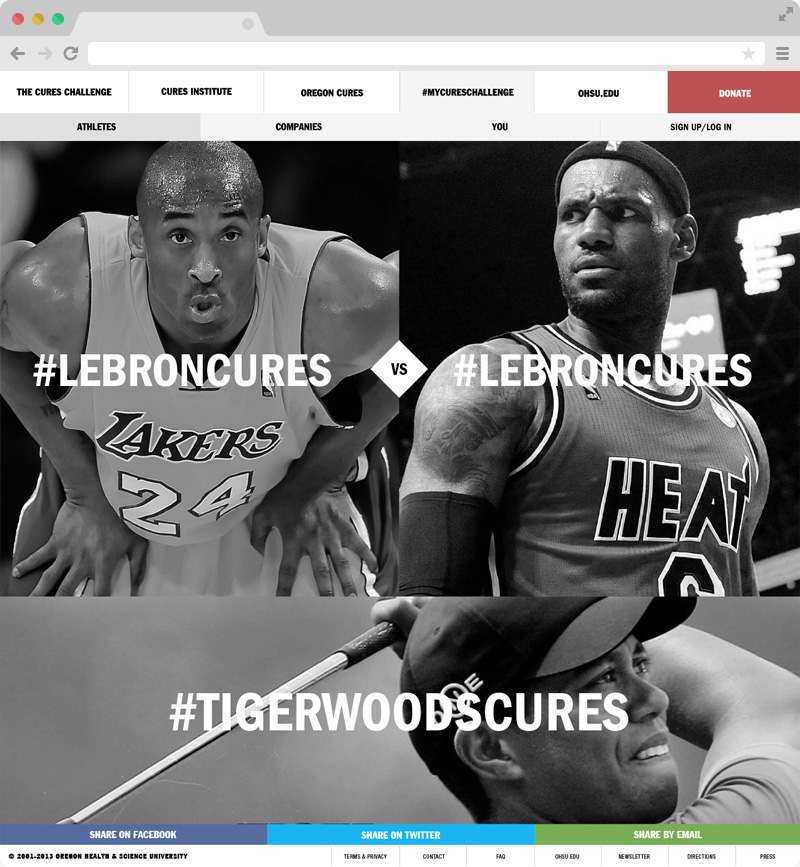 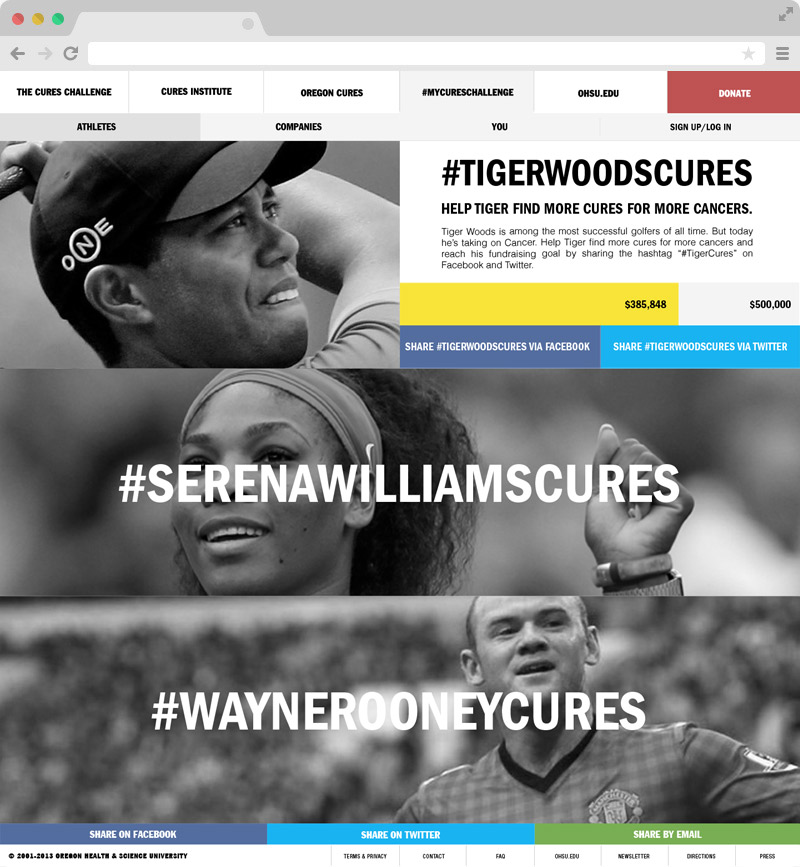 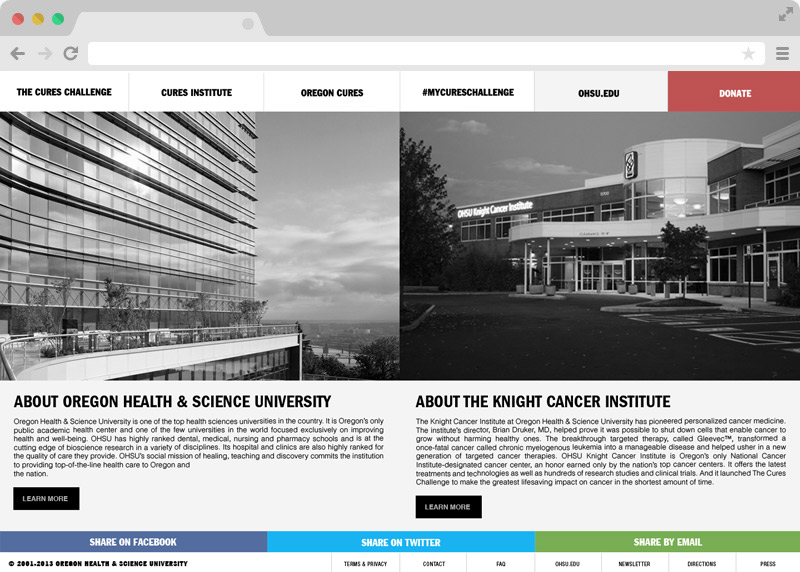